White on white has been my state of mind past time now. Now if I had to pick one white item it would definitely be a pair of white sneakers, and that’s something I’ve owned at least two pairs of that I switch between as back as I can remember, here wearing and loving these chunky platform sneaker boots. I’ve past time also developed some a weak point for a pair of white jeans for the reason how they literally can change any outfit from casual to a WOW look that you’d drool for. I personally prefer a pair of flare kick jeans or a pair of mom jeans like here. Ps. Size up for the oversized baggier look. 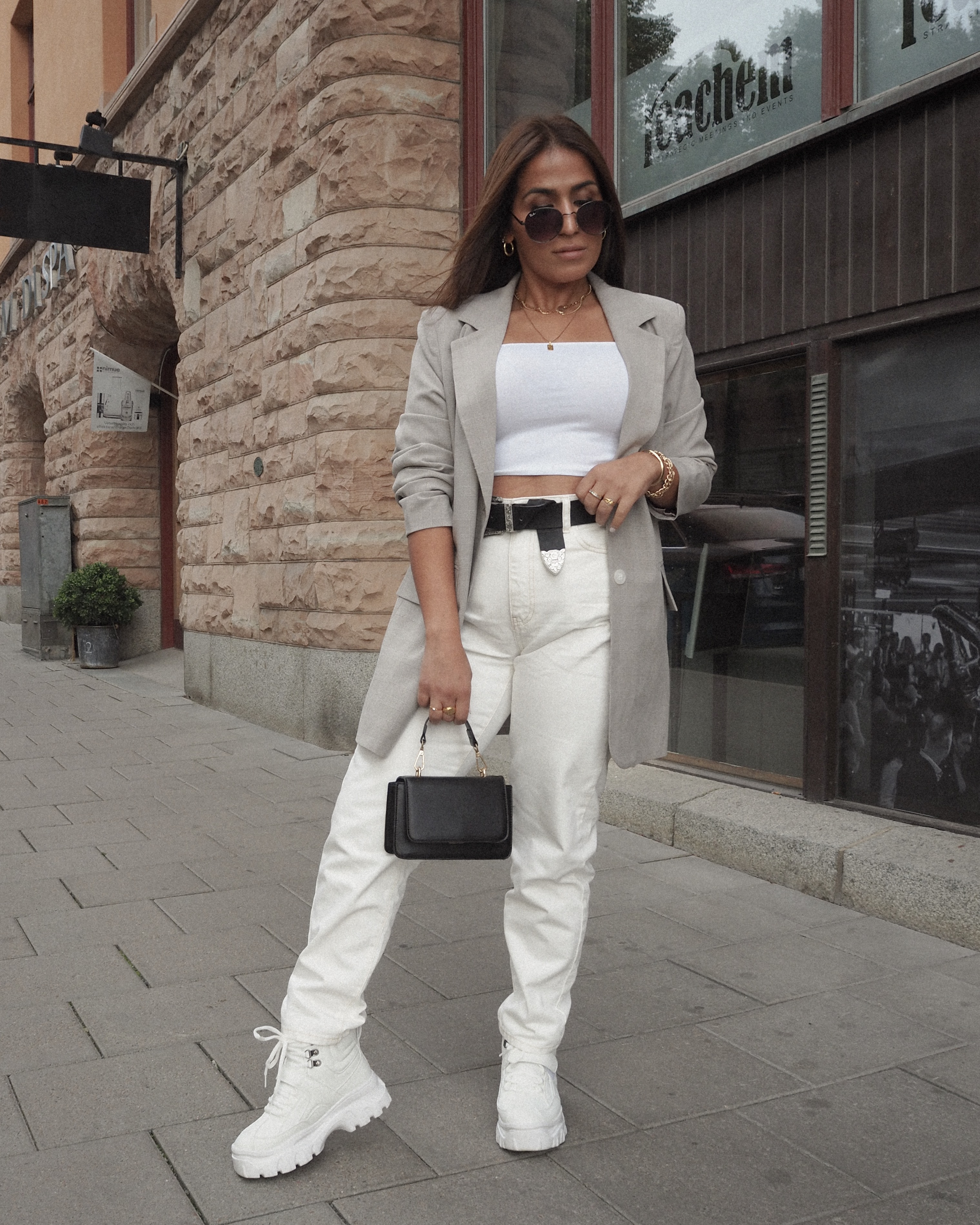 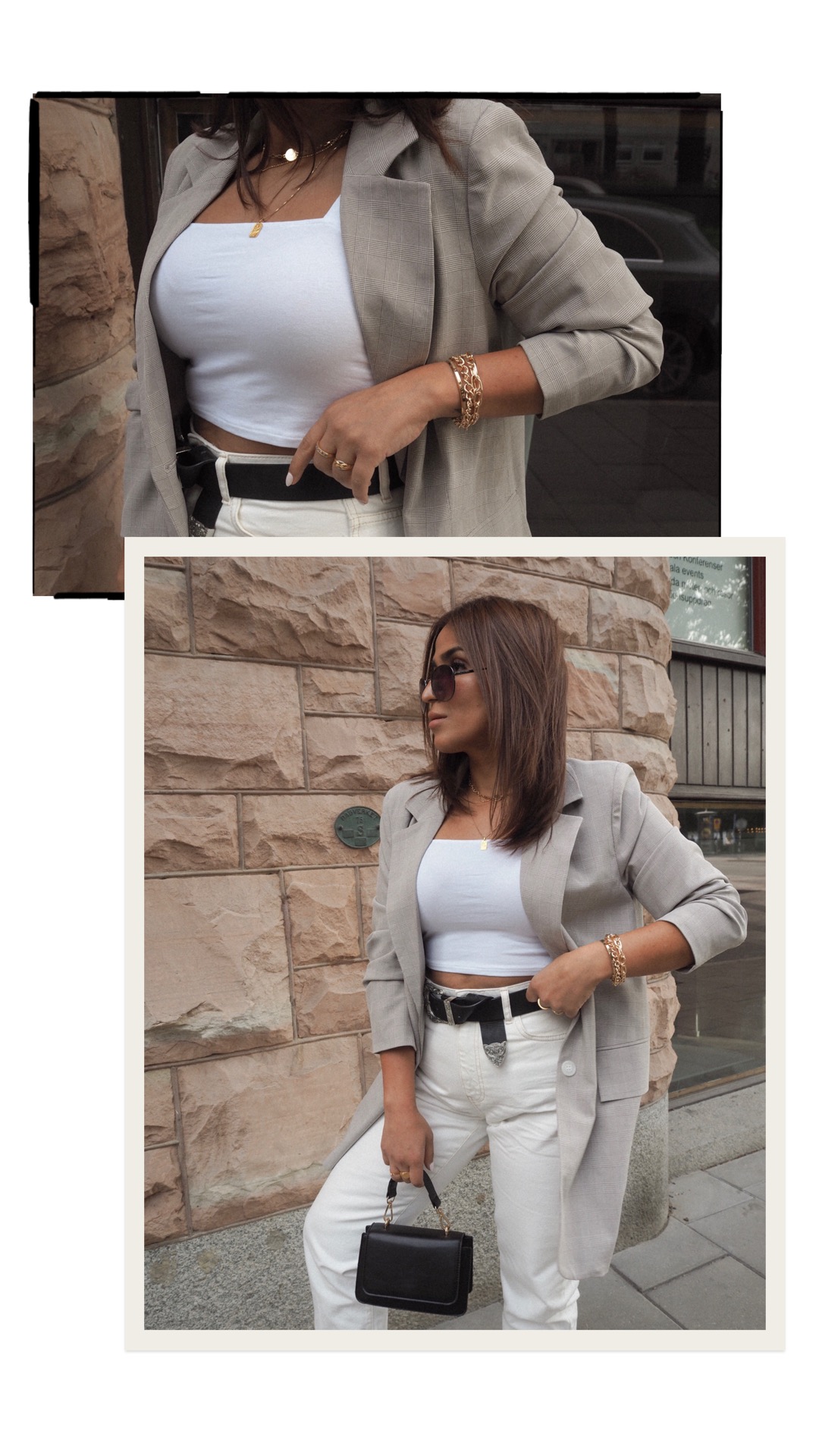 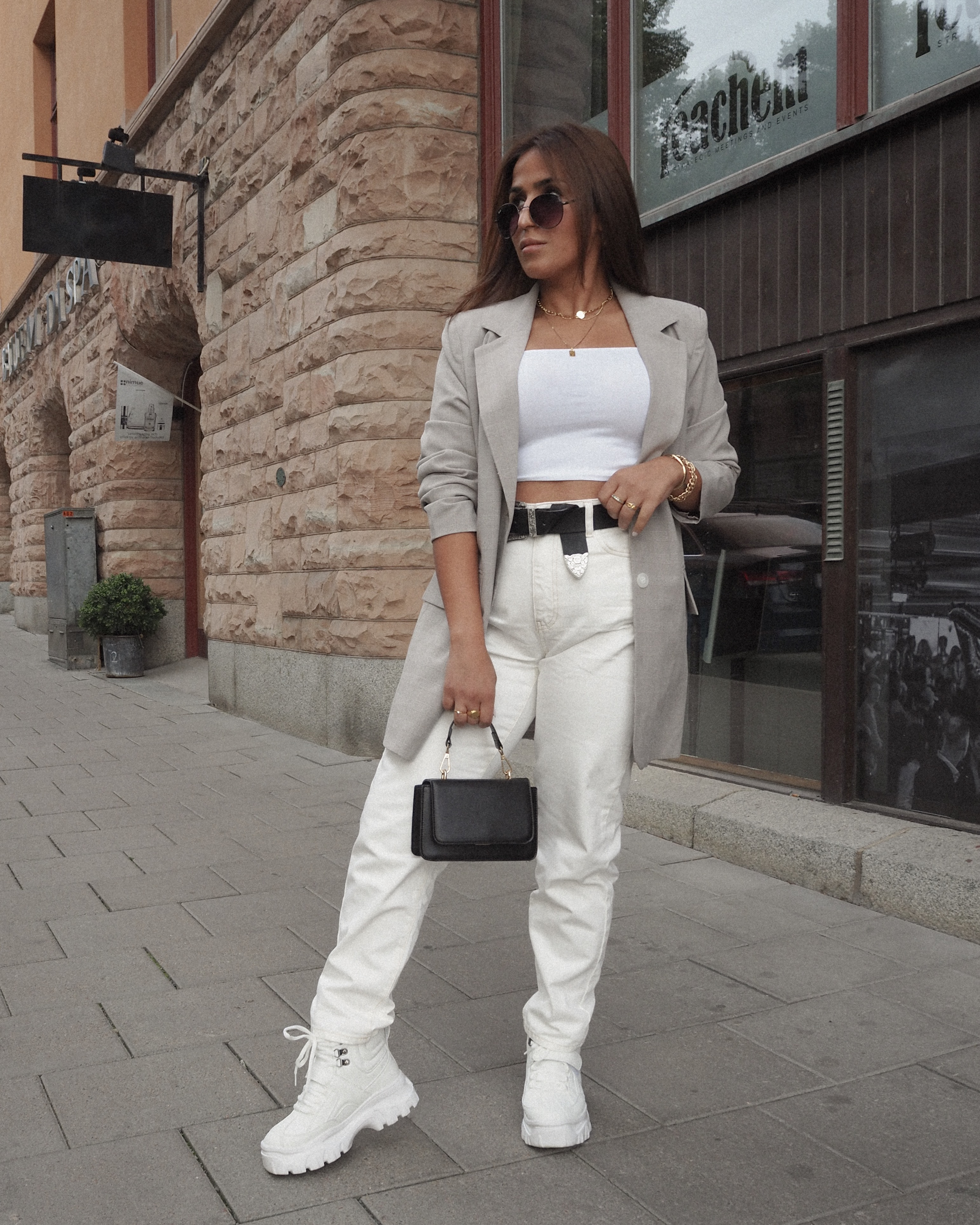 Jeans, (Another similar pair), (similar but with raw hem)

You may also enjoy: